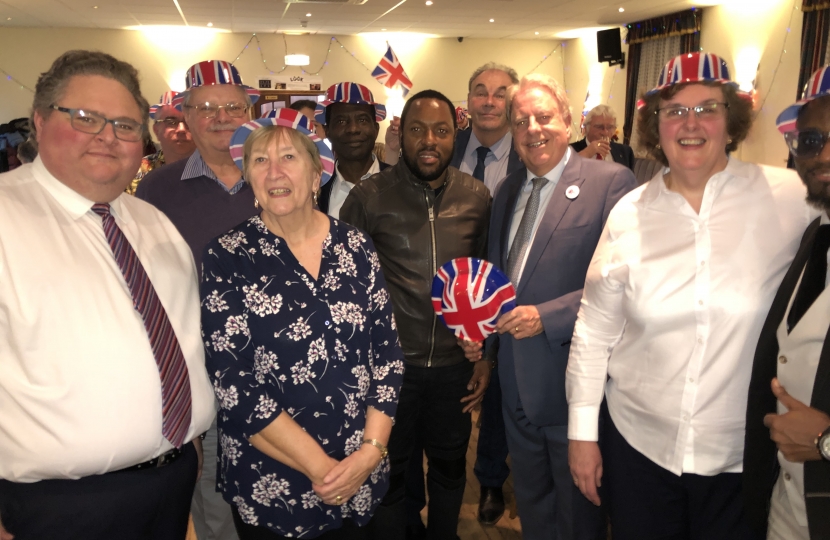 The three Conservative Associations in Bexley Borough joined together on Friday evening (31 January) to celebrate Brexit with a two-course traditional roast beef dinner at the Bexleyheath Conservative Club.

Organised by Cllr Teresa O’Neill OBE, Cllr James Hunt, Cllr Linda Bailey and Cllr Philip Read, the event was a sell out and members toasted Brexit and the Conservative Party under Prime Minister Boris Johnson MP, which had delivered on its Manifesto commitment to leave the EU on 31st January.

The Master of Ceremonies was Cllr John Fuller, who also presented the fundraising raffle and Cllr Teresa O’Neill OBE said a few words and thanked all involved in the organisation of the evening.

Among the guests were Rt Hon Sir David Evennett MP and local councillors.

Earlier today (10 May), Rt Hon Sir David Evennett, MP for Bexleyheath and Crayford, gave his “strong support” for the Queen’s Speech and “warmly welcomed” the measures contained within it.  At the top of the Government’s agenda was the determination to grow the economy and help ease the cost of l