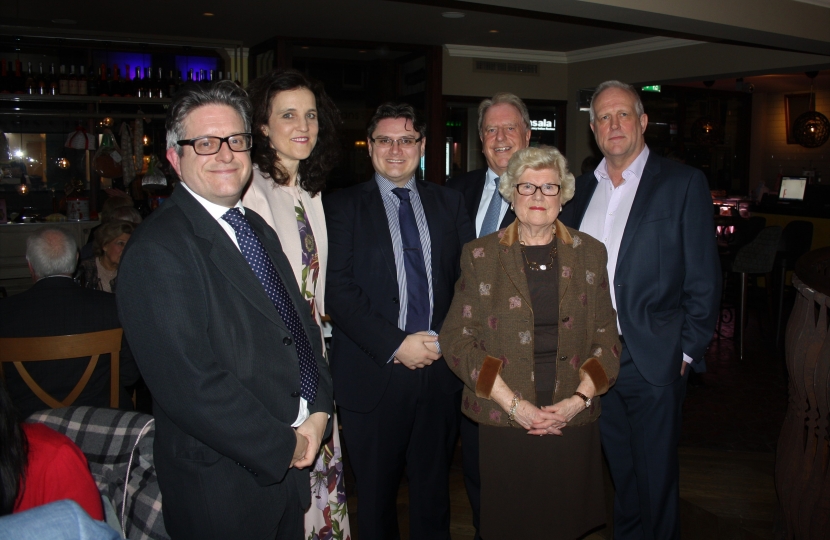 Rt Hon Theresa Villiers MP, Secretary of State for Environment, Food and Rural Affairs, was the guest speaker at the Bexleyheath and Crayford Conservatives Annual Dinner last night (30 January) at Stuzzichini restaurant in the Broadway, Bexleyheath.

A two course dinner was enjoyed by the capacity audience followed by a fundraising raffle. The evening was organised by Association Officers Maureen King and Janet Power.

Ms Villiers spoke about her role as Environment Secretary, the opportunities presented by Brexit for the green agenda, the Government's Environment Bill and her determination for Britain to be a world leader on environment issues. She then answered questions from guests on Brexit and the environment.

The Business Secretary, Alok Sharma, wrote for The Sun on Sunday thanking workers and businesses for their support during the coronavirus pandemic.