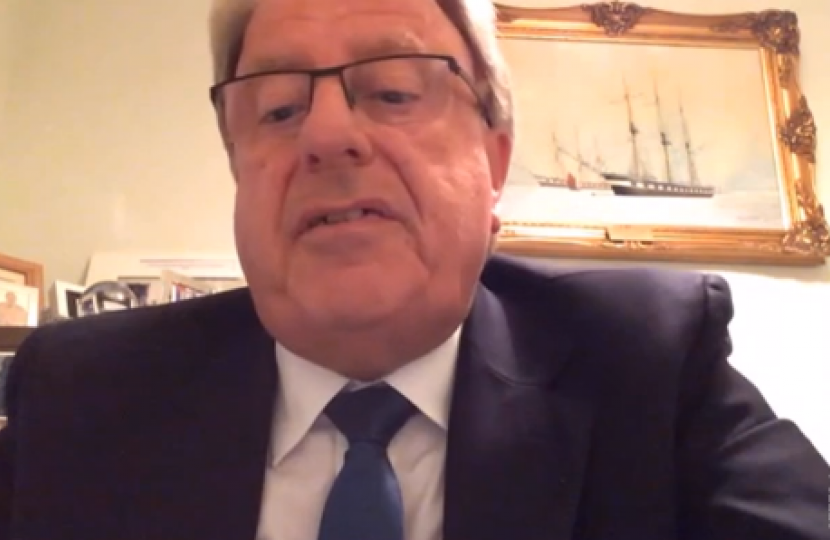 Yesterday evening (12 May), Rt Hon Sir David Evennett, MP for Bexleyheath and Crayford participated in the COVID-19 debate in the House of Commons.

The debate was opened by the Paymaster General, Rt Hon Penny Mordaunt MP, who acknowledged we are facing the largest challenge in a generation and outlined the Government’s “unprecedented level of support to retain jobs and help cash flow, with 25,000 loans, half a million firms furloughing workers, and 600,000 grants”.

Sir David participated in the debate virtually via Zoom. Sir David used his speech to praise the Prime Minister’s leadership throughout the current crisis and to thank our tremendous frontline staff who are dealing with the pandemic across the country, particularly highlighting those in his area of South-East London. He also stated that he believed that “The response to the crisis has brought out the best of Britain. Our people have risen to the challenge. That is particularly true in my borough of Bexley.”

In concluding the debate, he commented: “We must look to the future and start up our economy, but it is vital that we do it in a measured manner, to give businesses, employees and consumers confidence that they are in a safe environment. In conclusion, there will ​be many lessons to be learned, and we can highlight areas such as care homes, testing and PPE where things could and should have been done better”.

For our Campaign Spotlight on the Hartlepool By-Election, meet Jill Mortimer, the Conservative candidate for Member of Parliament in Hartlepool.