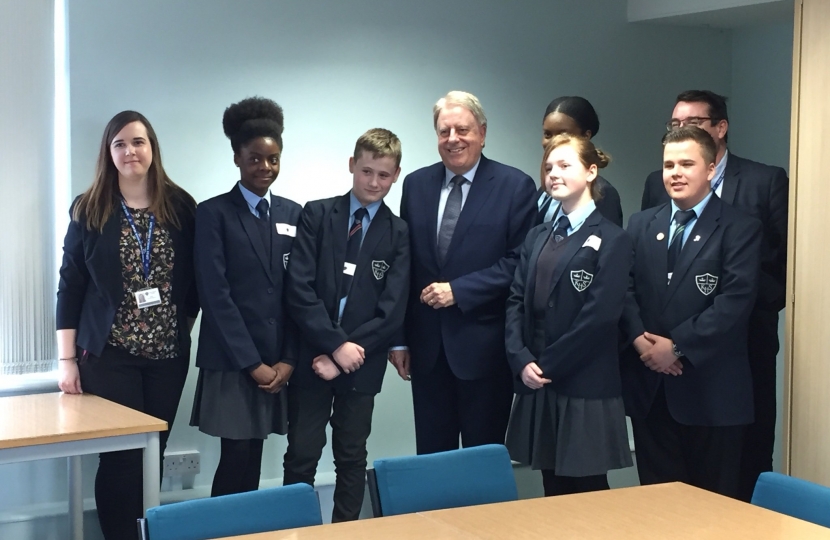 Sir David, who has been a longstanding supporter of both schools, was greeted by senior members of staff then given a tour of the school, which included a visit to a Year 7 drama class and a look at the new building works. He then met with pupils on the Student Council to speak about his role as a Member of Parliament, and to answer a range of questions from why he became involved in politics to Brexit. Following the Q&A, Sir David chatted with Executive Headteacher, Desmond Deehan, about the Trust’s plans for the school.

Your questions answered by Matt Hancock, Secretary of State for Health and Social Care