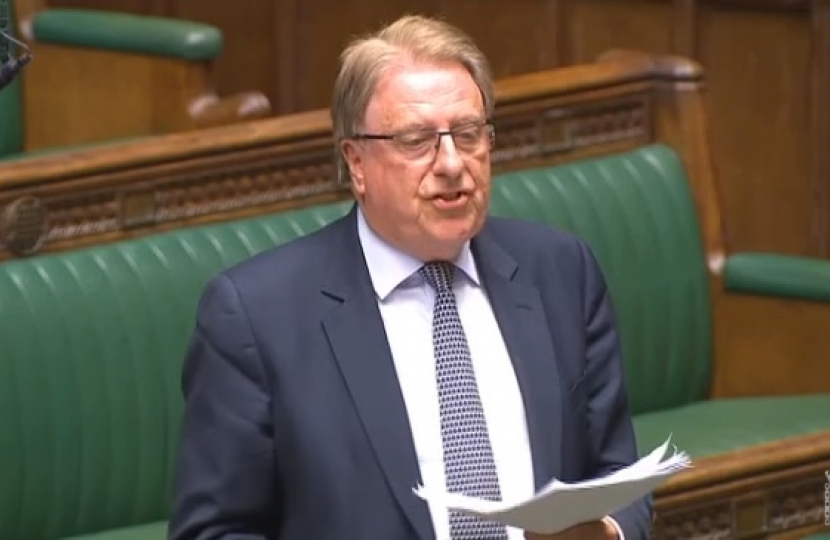 Rt Hon David Evennett, MP for Bexleyheath and Crayford, spoke in an Opposition Day Debate in the House of Commons yesterday (25 April) on School Funding.

Mr Evennett praised the Conservative Government’s record on schools since 2010, highlighting how there are now 1.9million more children in good or outstanding schools than there were in 2010, funding for schools continues to increase and rise from £41billion this year to £43.5billion in 2019-20, and that the new Funding Formula will provide a cash increase to local authorities.

He also discussed his role in assisting the then Education Secretary, Rt Hon Michael Gove MP, in implementing the academies programme, which has transformed schools across the country.

During the debate, Mr Evennett said:

“In my Borough of Bexley, as a result of the coalition Government and then the Conservative Government, there are now 25 more good and outstanding schools than there were in 2010. Schools in Bexley have seen a funding boost of £3.8 million for 2018-19, which brings the funding for schools in Bexley to just over £211 million a year. That is a real achievement. The Government have to be praised for doing this, and so do the teachers, parents and pupils who have rowed in behind those extra resources to make sure they achieve for themselves in society.

We have many brilliant secondary and primary schools in Bexley, with diverse education provision—church schools, academies, grammar schools and technical schools—and that is the way forward. Diversity allows children’s talents to be maximised.

He also highlighted progress on schools in Slade Green, which has certainly been disadvantaged in the past in primary provision. He praised St Paul’s (Slade Green) Primary School, Haberdashers’ Aske’s Crayford Temple Grove north campus, and Peareswood Primary School, for their tremendous work, enthusiasm and education provision.