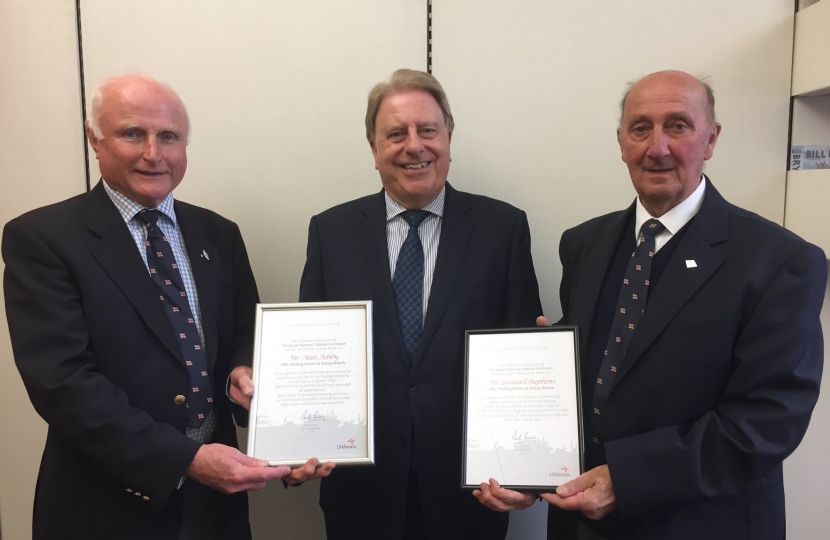 Rt Hon David Evennett, MP for Bexleyheath and Crayford, welcomed two of his constituents, Mr Alan Ashby and Mr Leonard Stephens, to Parliament on Wednesday 2 May to present them with Excellence in Volunteering Awards from the Royal National Lifeboat Institution (RNLI) to recognise the tremendous work they have done for the charity over a number of years.

Mr Ashby and Mr Stephens were each presented with their own award by Mr Evennett, which acknowledged the dedicated and professional support they have provided to the Welling, Eltham and Sidcup Branch as Branch Chair and Honorary Treasurer respectively. The awards also recognised the fundraising activities both have organised. Last year alone, the Branch raised over £20,000 for the RNLI.

After the event, Mr Evennett commented: “Without the vital support and funds raised by people like Alan and Len, the RNLI wouldn’t be able to save lives at sea. It was a pleasure to meet with them both today, and to hear about the fantastic work they have done for the RNLI.”