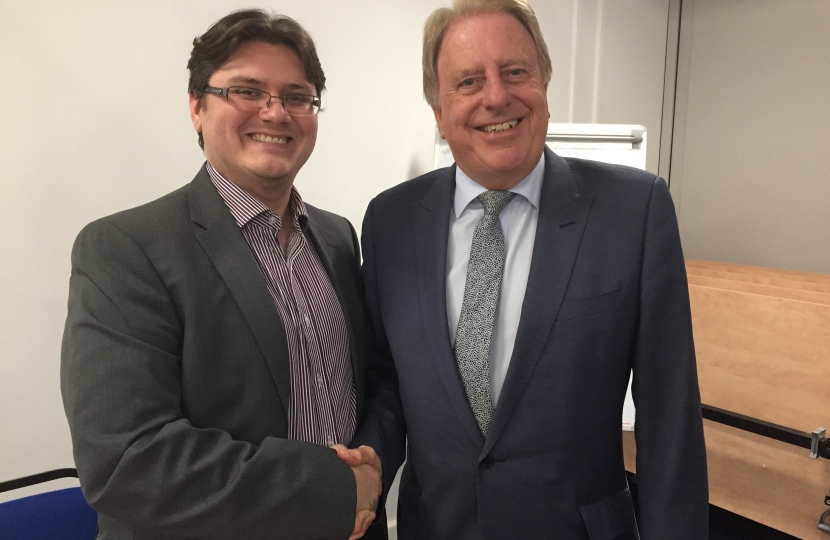 Sir David spoke passionately on what an honour it had been for him to serve the community in which he lives. He highlighted his previous work in Government and the responsibilities he’s carrying out now in his new role as the Vice Chairman of the Conservative Party. He pointed to the enthusiasm being picked up locally and across the country for the new Boris Johnson government, and expressed his desire to take the fight to Labour directly to ensure Jeremy Corbyn never gets the keys to Number 10 and explained how detrimental to Britain a Corbyn led government could be.

Sir David then proceeded to take questions from the members present. The Executive subsequently voted in favour of re-adopting Sir David as our candidate and thanked him for his continued dedication and service to our association, to our constituency, and most importantly to our country.

Yesterday afternoon (14 January), Rt Hon Sir David Evennett, MP for Bexleyheath and Crayford, participated in the debate on the Queen’s Speech to raise the issue of the underachievement of white working-class boys.