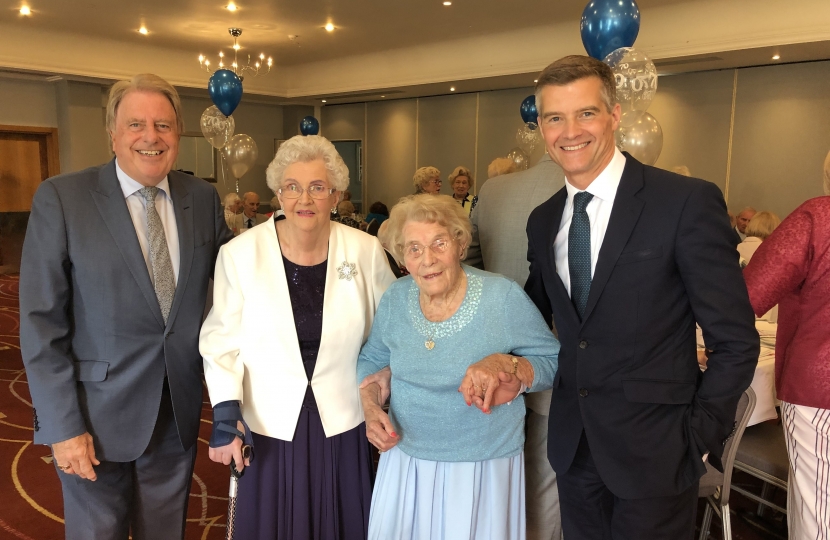 Among the special guests included Winnie Wolf, who was among the founding members of the Luncheon Club in 1949 at the age of 27. Also attending the event were Rt Hon Sir David and Lady Evennett, as well as Bexley Mayor, Cllr Geradene Lucia-Hennis and her husband Peter. In the Chair was current President, Coral Sterling-Webb.

Over 80 members and guests enjoyed a two course meal followed by a fundraising raffle. The guest of honour was Rt Hon Mark Harper MP, who is also co-Chair of Women2Win and former Chief Whip and Government Minister. Mark spoke about the current political scene and his experiences in politics, before answering questions from attendees.

The Prime Minister's letter on Coronavirus: Stay at home to protect the NHS and save lives.

Read the Prime Minister’s guidance everyone should follow and the measures the government has put in place to fight Coronavirus.