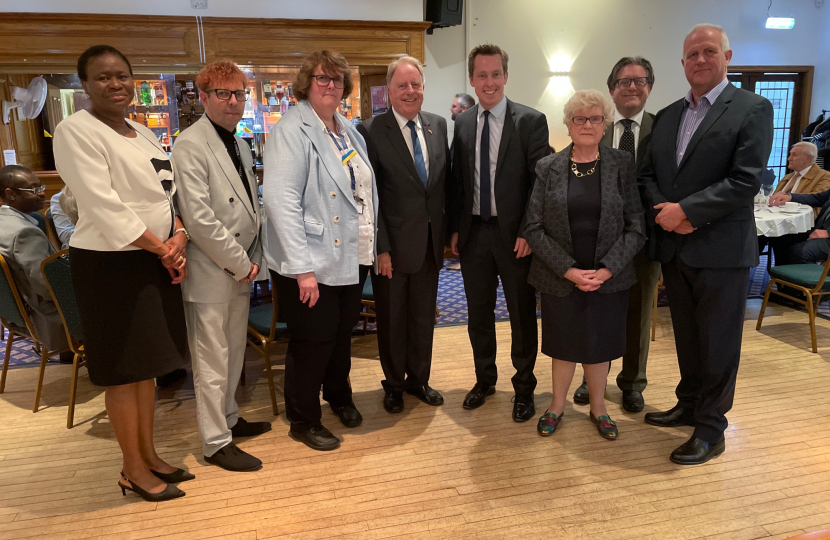 Yesterday evening (26 May), the Immigration Minister, Tom Pursglove MP, was the guest speaker at a Bexleyheath and Crayford Conservative Association fundraising supper. The sell-out event was held at the Conservative Club in the Broadway, Bexleyheath and guests enjoyed a two-course meal followed by tea and coffee.

Association President, Mark Brooks OBE, introduced the speaker. Tom then spoke about his political career and his current role as the Parliamentary Under-Secretary of State for Justice and Tackling Illegal Migration. He highlighted the many successes of the current Conservative Government, including delivering Brexit and introducing the landmark Nationality and Borders Act. He then answered questions from floor.

The event was organised by Association Officers Maureen King and Janet Power. The vote of thanks was given by Association Vice President, Cllr Melvin Seymour, before the event concluded with a traditional fundraising raffle.