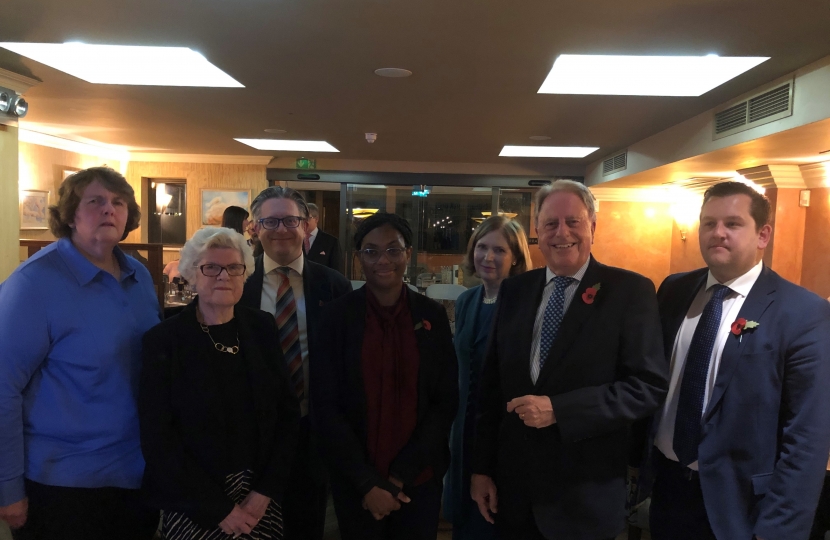 Equalities Minster Kemi Badenoch MP was the guest speaker at the Bexleyheath & Crayford Annual Dinner held at Stuzzichini’s on Thursday evening.  Association President, Mark Brooks OBE was in the Chair.

At the sold out event Kemi Badenoch explained her role in Government as Equalities and Levelling Up Minister, highlighted the challenges and spoke of the need to support values, decency and good behaviour within our Society.  She said “Conservatives should be willing to challenge and discuss contemporary issues and not allow Conservative issues to be ignored and downgraded”.  After her well received speech she answered Members questions.

The evening concluded with a traditional raffle and a vote of thanks to the Minster by the Rt Hon Sir David Evennett MP.