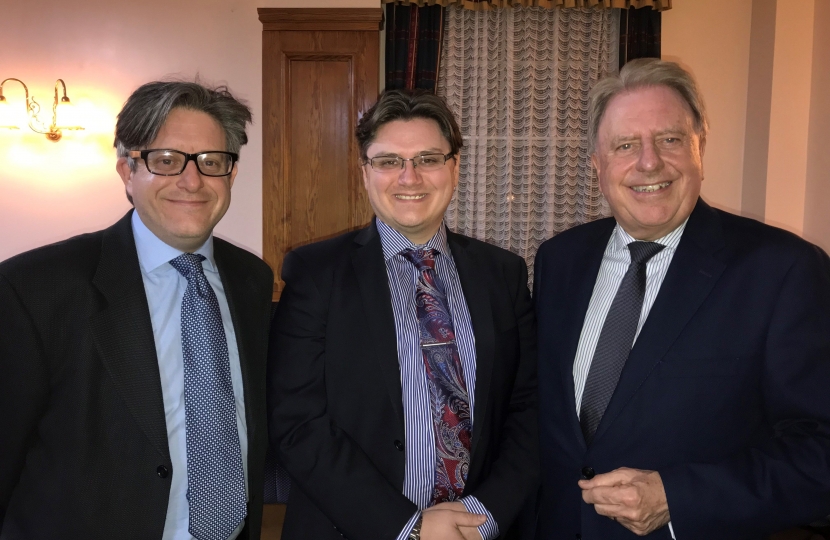 Bexleyheath and Crayford Conservatives held their AGM on Friday evening (15/3) at the Bexleyheath Conservative Club and elected Cllr. Howard Jackson to take the Chairmanship for the coming year.

Retiring Chairman Mark Brooks OBE gave his report on the events of the past year. He highlighted the successes at the Bexley Council elections, an increase in local party membership, a variety of social, political and fundraising events and visits by Cabinet Ministers Gavin Williamson MP and Penny Mordaunt.

The Treasurer Marian Pollard presented the financial report and took members questions and Borough Campaign Manager Frazer Brooks gave an overview of his work during the past year.

The guest speakers were Cllr. Gareth Bacon AM who updated members on his job at City Hall, Cllr. Linda Bailey spoke about the work of Bexley Council and the Rt. Hon Sir David Evennett MP gave a speech on events in Parliament including Brexit and the Chancellor of the Exchequers Spring Statement.