A programme for post-Brexit Britain 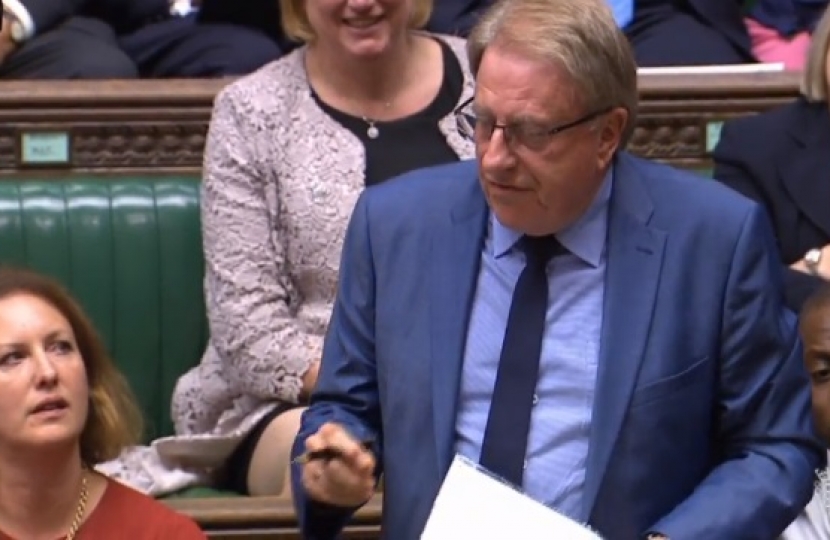 Earlier today (14 October), a new Queen’s Speech was delivered which sets out the Government’s agenda. Rt Hon Sir David Evennett, MP for Bexleyheath and Crayford, has warmly welcomed the speech and its contents, branding it as “an ambitious programme for post-Brexit Britain, which deals with the people’s priorities of crime and punishment, the NHS, education, the environment and immigration”. Sir David also intervened in the Prime Minister’s speech in the House of Commons today, commenting: “in my Borough of Bexley, people want Brexit done but then they want a One Nation Conservative Government going forward with all the other policies we’ve got in the Queen’s Speech for the benefit of all the people”.

The Government intends to deliver Brexit to end the uncertainly of delay and indecision, which the Queen reaffirmed in the speech, stating that the “Government’s priority has always been to secure the United Kingdom’s departure from the European Union on 31 October”. The Queen then went on to set out the Government’s domestic agenda which consisted of a package of 26 Bills. There will now be several days of debate before the measures are put to MPs for a vote.

Some of the measures announced in the Government’s legislative programme include:

The full text of the Queen’s Speech can be found at: https://www.gov.uk/government/speeches/queens-speech-2019