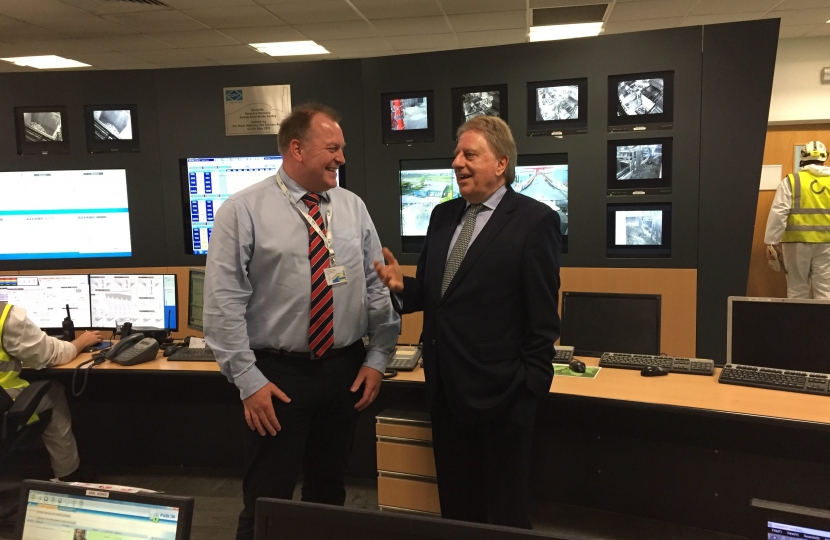 Rt Hon Sir David Evennett, MP for Bexleyheath and Crayford, paid a visit to the Cory Riverside Resource Facility last Friday (10 May) to discuss plans for a second incinerator and to tour the facility.

During the meeting, Sir David highlighted the concerns he had previously raised about the initial energy park, including the environmental impact and increased lorries in the area. He discussed the points made in his submission to the Planning Inspectorate for the second incinerator and sought assurances that the concerns raised by constituents would be taken fully into account.

Representatives from Cory Riverside explained environmental research that had been undertaken as part of the application for the second incinerator, as well as plans to increase the amount of waste travelling to the facility on the River Thames and apprenticeships for local schools.