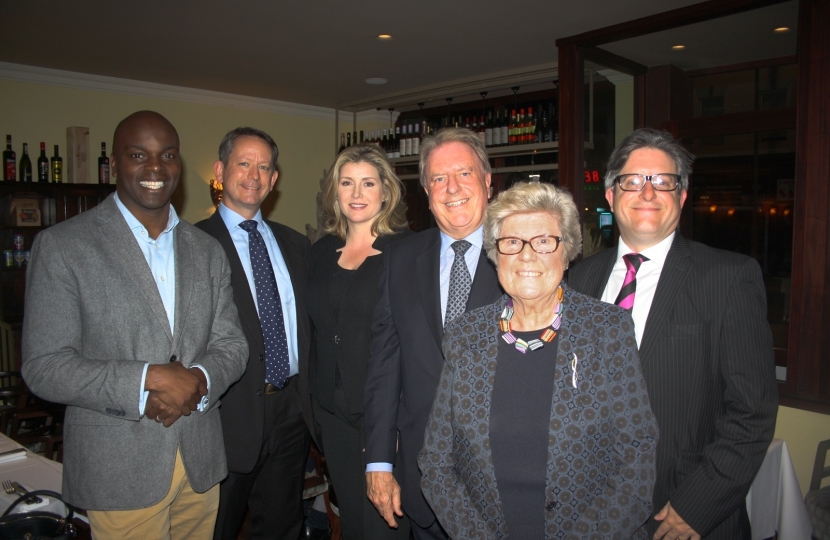 At the sell-out event, which was organised by local Conservative Deputy Chairman Maureen King and hosted by Association Chairman Mark Brooks, Shaun Bailey set out the challenges facing Greater London and set out how his policies would combat them.

After supper, Rt Hon Penny Mordaunt spoke about the role of the Department for International Development and the policies she is implementing regarding the distribution and use of foreign aid. Her priorities are ensuring that the budget is spent efficiently and effectively to make a real tangible difference to some of the poorest people across the world in developing countries. She then took a variety of questions on a wide range of topics from those attending.

Deputy Chairman Cllr Howard Jackson gave the vote of thanks and the Rt Hon Sir David Evennett MP dealt with the fundraising raffle. Among the guests attending were Cllr Gareth Bacon AM, Leader of the Conservatives on the London Assembly in addition to other local councillors.