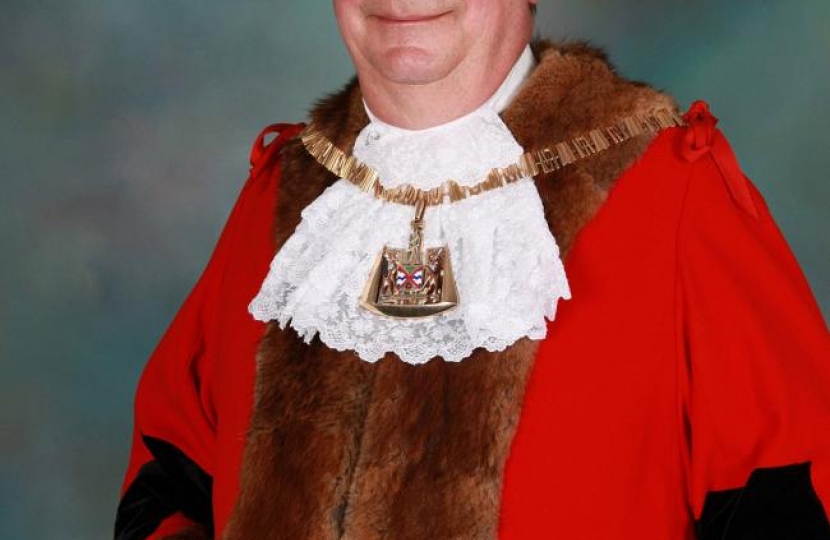 One of our most long-standing, loyal and hugely respected members, Howard Marriner, sadly passed away on the 6th August 2021

He was both a great Conservative and civic leader.

Howard was elected as a Crayford councillor in 2006 and then Barnehurst in 2010 and 2014, he always put his residents first by campaigning on a wide range of issues, which continually led to his re-election, until he retired from the council. He also always supported the Association as a member, councillor, Executive Council member and also as the current Vice-President.

He was an excellent Mayor of Bexley in 2014 and performed his civic duties right across the borough with huge aplomb and bonhomie – from opening schools, visiting successful local business and speaking at important civic events – such as the annual Disabled Club’s dinner. He took the role very seriously and always left every engagement with everyone there having a huge smile on their face and full of respect for him.

Howard was also the serving Chairman of the Bexley Civic Society, highlighting how much he cared for the area he lived and also how respected he was.

He will be greatly missed.

Our thoughts are with Dianne and his family

Earlier today (10 May), Rt Hon Sir David Evennett, MP for Bexleyheath and Crayford, gave his “strong support” for the Queen’s Speech and “warmly welcomed” the measures contained within it.  At the top of the Government’s agenda was the determination to grow the economy and help ease the cost of l