Councillor Nigel Betts is widowed, with a grown up family and formerly worked in the field of computer security.

He was first elected in May 1974 and has served on most Council Committees. He is currently Vice Chairman of the Places Overview & Scrutiny Committee.

A former TA Officer he is a keen supporter of the Reserve Forces, and is currently the Representative Councillor for Bexley on the Reserve Forces and Cadets Association of Greater London where he has served variously between 1974 and the present.

He is also involved with a number of Community Groups and Charities. He chairs the East Wickham & Welling War Memorial Trust, the Falconwood & District Horticultural Society and SE London SSAFA (Soldiers, Sailors, Airmen and Families Association). 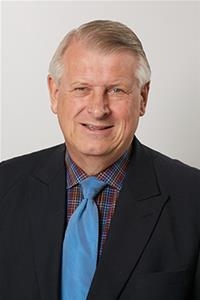