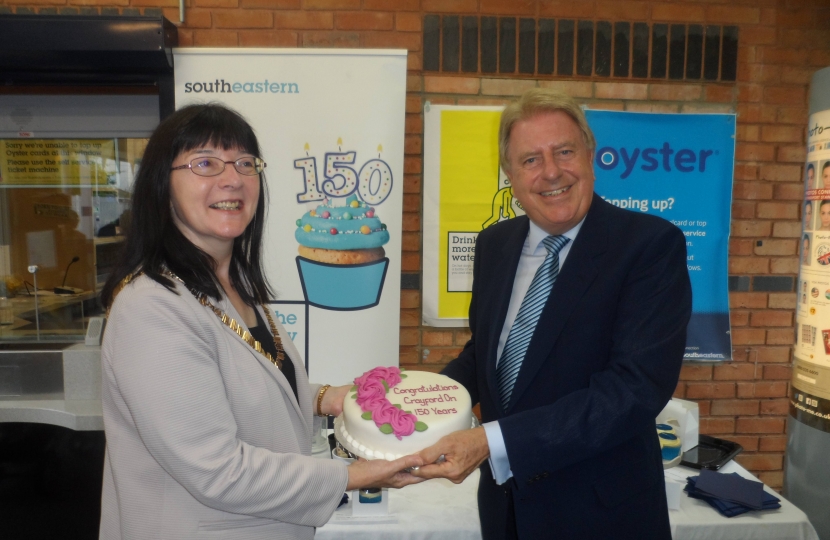 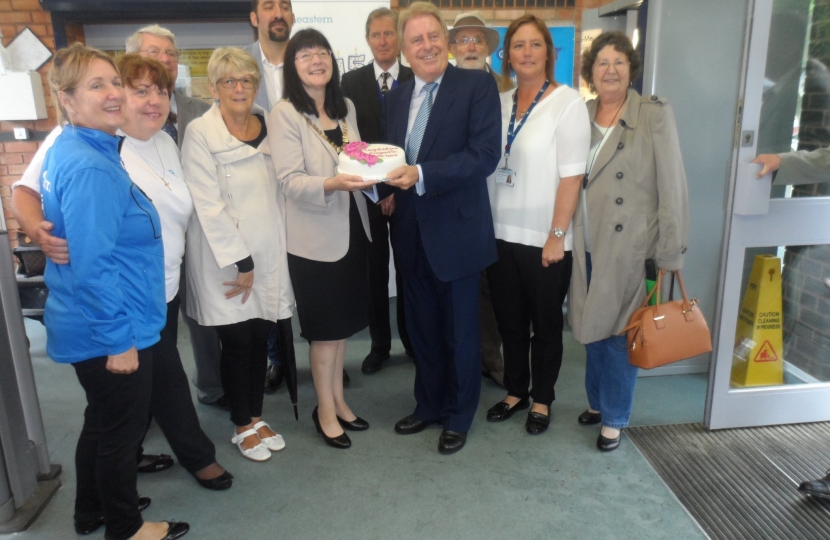 On Friday morning (16 September) there was a commemoration of the opening of Crayford railway station 150 years ago in 1866. Southeastern arranged coffee and cakes for commuters using the station. Among the guests of honour attending the event, were Rt Hon David Evennett, MP for Bexleyheath and Crayford, Bexley Mayor Cllr Eileen Pallen, and Crayford Cllr Geraldene Lucia-Hennis.

Local residents, commuters, staff and local historians, as well as members of Crayford community groups attended and took the opportunity to celebrate the anniversary. Many also raised issues about the current service.

Mr Evennett gave a short speech about the history of Crayford and how important the station had been in the development of the town in the past 150 years. He praised Crayford station staff, reminded Southeastern about the importance of reliability and information for rail travellers and advised he looked forward to seeing an improving service for his constituents.