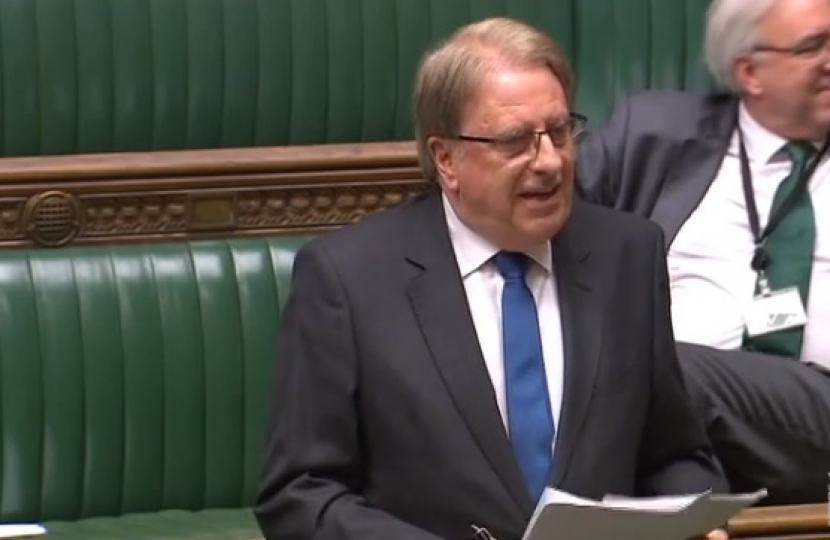 Yesterday afternoon (14 January), Rt Hon Sir David Evennett, MP for Bexleyheath and Crayford, participated in the debate on the Queen’s Speech to raise the issue of the underachievement of white working-class boys.

Sir David welcomed the contents of the Queen’s Speech, expressed his strong support for it and also highlighted the Government’s many achievements on education, including improving standards in schools across the country since 2010 and record levels of funding. However, he used his speech to express his concerns about the educational attainment of white working-class boys, and commented:

“I want briefly to highlight the fact that every child deserves the best start in life regardless of their background or where they live. Access to good schools is essential to build the foundations for success in future life. I am concerned about the underachievement of many working-class boys; this topic has not received enough attention in the past. This particular demographic is falling ever further behind and it shows no sign of catching up with its peers. The difference in attainment between richer pupils and their disadvantaged classmates has closed since 2011, but when results are broken down by ethnicity, it appears that the improved results among poorer pupils are largely down to the achievement of non-white children; this is exacerbated when gender is taken into account.

“I welcome the fact that girls are achieving so much more now. In my constituency, we have a very good secondary school, Townley Grammar, which is excellent and is offering girls tremendous opportunities, but the boys—the working-class heroes we should have in the future—are not achieving and the Government must look into that.”