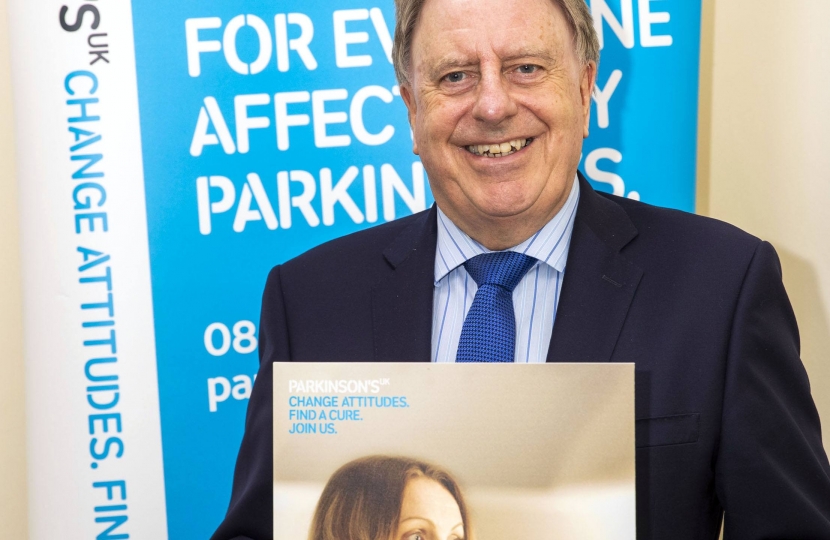 Rt Hon Sir David Evennett, MP for Bexleyheath and Crayford, attended a Parliamentary event last week to learn more about the new Parkinson’s Is campaign. The campaign launched today on World Parkinson’s Day (11 April), and aims to shatter public misconceptions about the condition by highlighting the reality of everyday life for those living with it and their families.

Parkinson’s is a serious neurological condition with more than 40 symptoms that affects people of all ages. It causes problems in the brain and gets worse over time and there is currently no cure. Despite this, according to research from Parkinson’s UK, 8 in 10 people with Parkinson’s believe that awareness and understanding is low because people don’t consider it to be a serious condition and that they only associate it with tremors.

Sir David commented: “My father, Norman Evennett, suffered from Parkinson’s and I am a longstanding supporter of Parkinson’s UK and particularly the local Dartford and Bexley branch. They do amazing work to support individuals suffering from the disease and their families. I hope this new campaign will challenge widely held misconceptions about the condition”.

“We hope our new Parkinson’s Is campaign which sees people across the UK share how the condition affects their lives will raise awareness and help correct public misconceptions about this much misunderstood condition. We’re grateful for the support of Sir David to help bring this message to a wider audience and help change the lives of thousands for the better.”