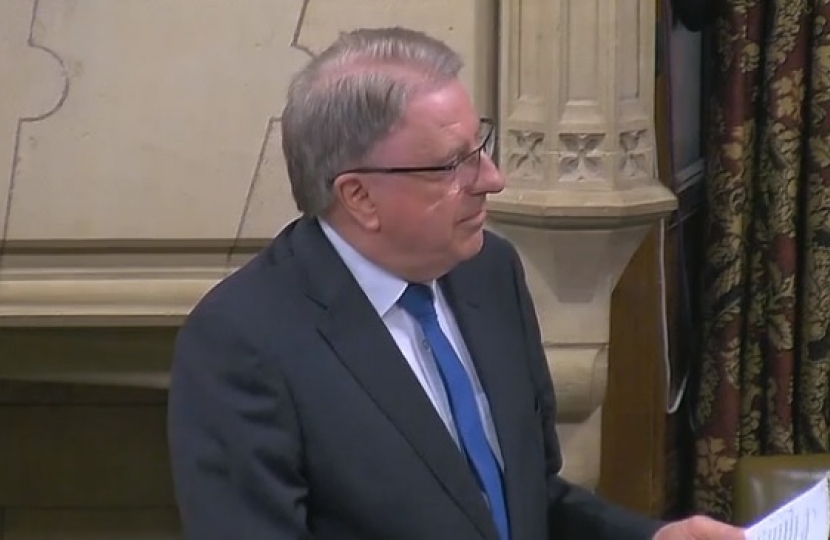 Sir David focused on four main issues, which were the persistent signalling failures at Lewisham, the recent landslip near Barnehurst station, frequent delays and poor service, and the delay from the Department of Transport in awarding the new franchise for the service. He also highlighted the disappointment of constituents at the postponement of the opening of Crossrail, and highlighted his support and involvement in the campaign to extend Crossrail to Ebbsfleet.

Sir David took interventions from his Parliamentary colleagues, who shared his experience on the rail service and the demand for substantial improvement.

During the debate, Sir David commented: “My constituents, and residents across the borough of Bexley, are entirely dependent on Southeastern when travelling into central London to commute and to work, or for social or other reasons. However, that operator has a poor reputation in our area. Bexley has endured a terrible rail service, with delays and cancellations occurring regularly. In our area, we have no underground services that could be used as an alternative, so Southeastern has a monopoly, but it is failing its customers on a regular basis. Warm words and apologies will not suffice when action is required”.

He concluded by stating: “It is a privilege to be able to raise these matters on behalf of my constituents and my borough, and neighbouring boroughs and constituents. Their Members of Parliament have worked tirelessly together, across parties, to get things done and to improve the facilities and services for our constituents.”

Update from the Prime Minister on our fight against the coronavirus

The Prime Minister's speech on 28th May 2020, about the country's fight against coronavirus