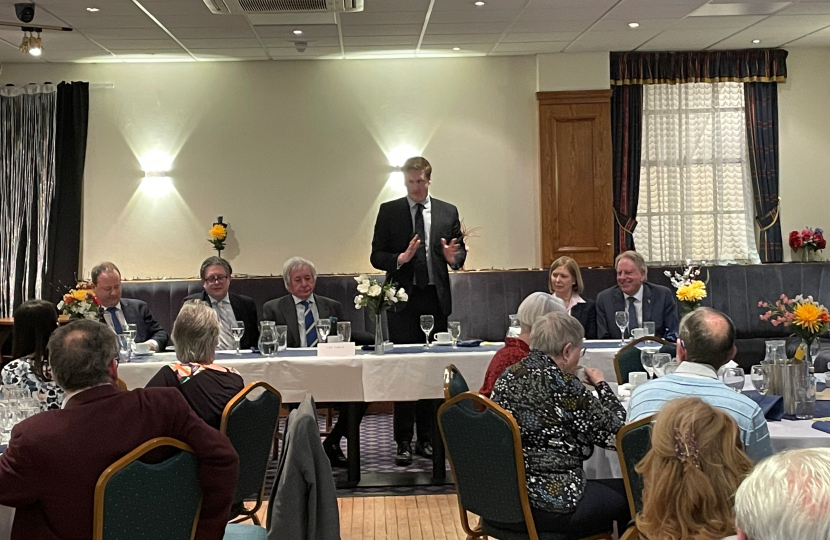 Matthew Scott, the Police and Crime Commissioner for Kent and former Bexley Councillor, was the guest speaker at the Bexleyheath and Crayford Conservatives fundraising supper last night (10 March). The event was held at the Conservative Club in the Broadway, Bexleyheath.

The Association Chairman, Dave Jeffries, was in the Chair and the event was organised by Association Officers Maureen King and Janet Power.

At the well-attended political and fundraising dinner of two courses and coffee, Association President, Mark Brooks OBE, introduced the speaker. Matthew spoke about his role, the successes and challenges of his tenure since his election in 2016 and how his priorities continues to be more Police, more effective crime solving and ensuring the priorities of the people are implemented. He then answered questions from floor before speaking with members and their guests. Rt Hon Sir David Evennett, MP for Bexleyheath and Crayford, then gave the vote of thanks before the traditional fundraising raffle.

Among the attendees were Councillors Geraldene Lucia-Hennis and Eileen Pallen.

Our plan for law and order

Suella Braverman promised to restore common sense to law and order in the UK.