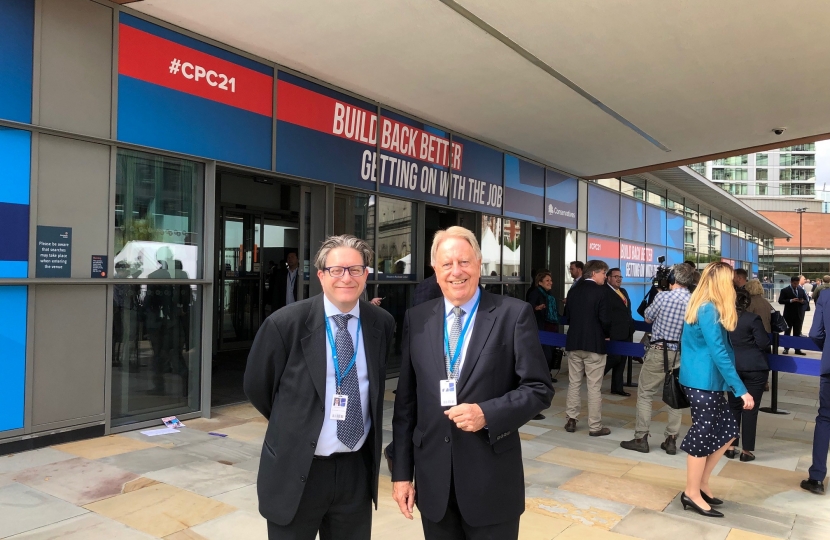 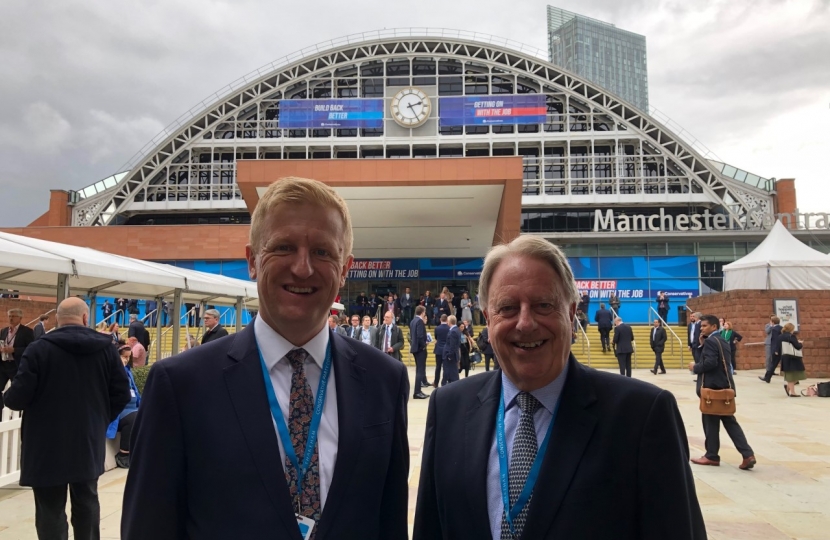 Members attended fringe meetings, receptions and speeches in the main hall and at the Midland Hotel. Sir David commented “this was a serious and constructive Conference which was debating and addressing the big issues facing our country and highlighting the Conservative Government’s policies to deal with the challenges. It was really good to attend the conference in person again.” Sir David who is the Conservatives Vice Chairman for Business Engagement also held meetings with a variety of business men and women to learn about their hopes and concerns.

Highlights of the Conference were the Prime Minister Boris Johnson’s brilliant speech on Wednesday “to make us a high wage and high skill country and to have the guts to tackle problems that previous governments had ignored”; on Monday Chancellor of the Exchequer Rishi Sunak’s address on “jobs, opportunities and a determination to fix our public finances;” and Foreign Secretary Liz Truss on Sunday afternoon wanted “a patriotic and positive Britain – an outward looking, optimistic nation confident in its ability to compete and lead.”