The View From Europe 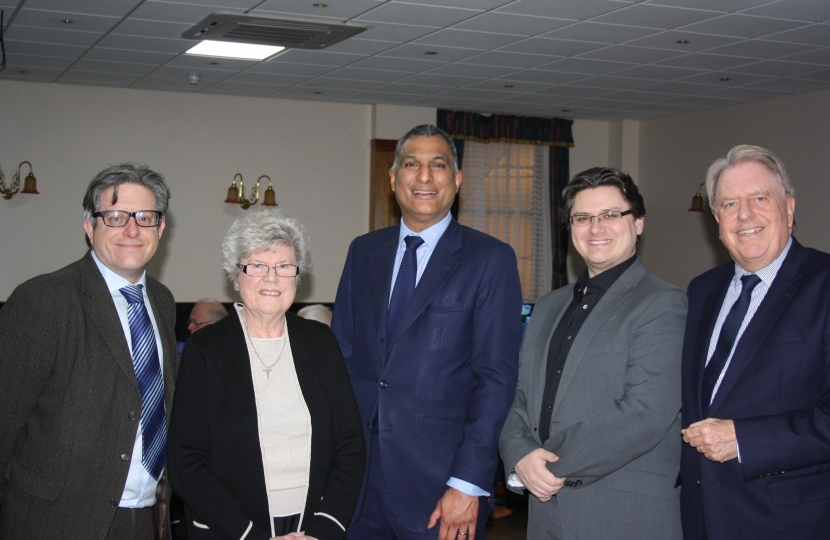 Syed Kamall MEP was the guest speaker at a Bexleyheath and Crayford Conservatives Supper Evening held on Thursday 31 January at the Bexleyheath Conservative Club. The Leader of the Conservative group in the European Parliament was welcomed to the well attended event by Association Chairman Mark Brooks OBE.

After a Buffet meal Mr. Kamall gave an insight into how the EU perceives Britain, how the Brussels elite works and about the European project favoured by the EU bureaucracy.

As a Leave voter in the 2016 Referendum he also explained how the European Parliament operates and the possible approaches needed to ensure that the UK leaves the EU with a Deal on 29 March.

Among those attending the Supper evening were Rt.Hon. Sir David Evennett MP and Lady Evennett, Councillors Sue Gower and Geraldine Lucia-Hennis and Police and Crime Commissioner for Kent Matt Scott. The vote of thanks to Syed Kamall was given by Association Political Deputy Chairman Cllr. Howard Jackson.

Today we have published our Covid-19 UK Vaccines Delivery Plan, setting out how we plan to deliver the biggest vaccination programme in British history, to protect all those who need it most as quickly as possible.