Teresa O’Neill was first elected to the London Borough of Bexley to represent Brampton Ward in 1998 and has been successfully re-elected since then albeit, following the voluntary Ward boundary changes in 2018, she moved to Crook Log Ward which incorporated a great deal of Brampton Ward.

In addition to the electoral success under her leadership, the Council has delivered many other achievements including the new Civic Offices (which saved taxpayers £2m a year in running costs & created housing/job opportunities), significant regeneration projects in Thamesmead, Erith, Crayford & Slade Green (with more to do), new schools (including for children with special needs), led the partnership to deliver the QMS campus (including the Urgent Care Centre, Dialysis & Cancer Centres), delivered the pandemic response (including the Community Champions scheme to reach across our community) & sought to transform services rather than cut them to deliver value for money for our residents – we also saved Bexleyheath Police Station from closure by Mayor Khan.

When appointed Leader she was only the 4th Conservative woman Council Leader in London (there have been others since) and she is the longest serving Council Leader.

She is currently Vice Chair (leader of the Conservative group) on London Councils, Deputy Chair (Conservative peer for London) of the Local Government Association, a Board Member of Homes England & has regional responsibilities within the Conservative Party as well.

Her career background was in financial services sector.

She was awarded the the Order of the British Empire (Officer) in the Queen’s Birthday Honours 2015 for service to the community and local government in London & the Freedom of the City of London in April 2022 for her part in the London wide strategic Covid planning/response work. 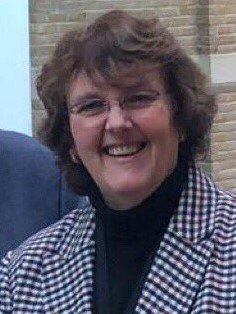