Member of Parliament for Bexleyheath and Crayford

David lives in Barnehurst with his wife Marilyn and has been involved in Bexley Borough for over 30 years. He was elected as the MP for Bexleyheath and Crayford in 2005, and was returned to Parliament in the 2010, 2015, 2017 and 2019 General Elections. David was a member of the Government serving as Lord Commissioner of HM Treasury from 2012 - 2018. He was also Minister for Sport, Tourism and Heritage in 2016 which included taking a leading Government role in marking the centenary of a number of First World War battles. The Prime Minister, Rt Hon Boris Johnson MP, appointed David as a Vice Chairman of the Conservative Party in July 2019.

Locally David plays an active role in the life of the Bexleyheath and Crayford community. He is a Patron of Townley Grammar School, a communicant member of St. Paulinus Church in Crayford, and the Honorary Vice-President of the Bexleyheath and District Club for the Disabled. He is also a strong supporter of the Greenwich and Bexley Hospice, Bexleyheath Centre for the Unemployed’s Life Skills Centre, and Crossroads Care.

David has visited and championed local businesses, voluntary organisations, schools and community groups. He holds regular surgeries and has successfully dealt with many constituents’ issues and problems.

He will continue to campaign for lower taxes, support for businesses, higher standards in schools and a fairer benefits system.

Out and about in the Constituency

On Friday morning (1 December), local MP Rt Hon David Evennett paid a visit to the Jobcentre Plus in the Broadway Bexleyheath.

Coffee, Cakes, and Conversation with Friends

The Friends of St Paulinus Church held a social and fundraising coffee morning at the Crayford home of John and Lesley Holbrook on Saturday morning (25 November).

Building a Britain fit for the future

Rt Hon David Evennett, Lord Commissioner of HM Treasury and MP for Bexleyheath and Crayford, was present in the House of Commons Chamber today (22 November) as the Chancellor of the Exchequer, Rt Hon Philip Hammond MP, delivered his first Budget of the new Parliament.

Rt Hon David Evennett, MP for Bexleyheath and Crayford, visited the Heathfield Court Care Home on Friday morning (17 November), for a tour and to meet residents and staff.

Rt Hon David Evennett, MP for Bexleyheath and Crayford, has welcomed the Post Office’s announcement that the new Post Office in Crayford will open on Tuesday 5 December at 13:00. The new branch will be located in the Crayford library.

Rt Hon David Evennett, MP for Bexleyheath and Crayford, has welcomed the announcement that the Government is taking action to reduce maximum stakes on Fixed Odds Betting Terminals (FOBTs) to better protect consumers and communities.

Bexleyheath Police Station will remain open after the Mayor of London dropped his plans to close the police headquarters in Bexleyheath. 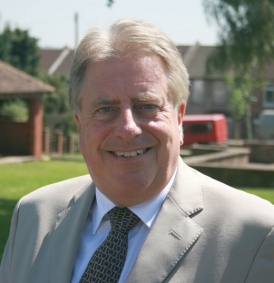